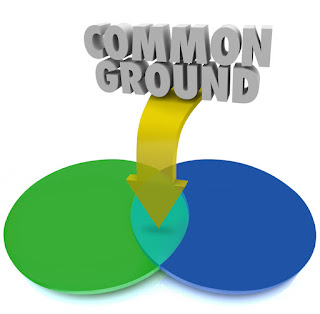 It’s funny how different we all are as human beings. We have so many different beliefs and disbeliefs, cultures and customs and traditions. Yet it’s the smallest things that can instantly brings us together if only for a small moment.

This is a short little story that starts in a Doctor’s office waiting room. The last place most of us ever want to be or spend any amount of our time especially during the cold and flu season. Recently I had been dealing with an old problem that had reared it’s ugly head yet once again, kidney stones.

The pain of this condition had forced me to convince my local Doctors Office to squeeze me in to avoid a costly trip to the Emergency Room and they granted my request out of the sheer kindness of their hearts. I mean they are the greatest group of medical care professionals around, if I do say so myself.

Anyway once I arrived at my Doctor’s Office I checked in and grabbed what seemed to be the only empty seat in the room which was pleasantly placed very near and in a great view of the television. The room as I said before was nearly full and everyone was quiet. But when I first walked in the room it didn't take me long to understand there everyone in that room was sick or ill in someway because no one was smiling and no one was talking. It was almost like being at a funeral only with a little more despair.

I decided not to focus too much on the sickness in the air so I turned my attention to the television. Now usually when I am in the Doctor’s Office the tv programming is almost always a soap opera of some kind but not today, this time it was The Price is Right! Oh wow I have always loved this show ever since I was a little kid. So as you can imagine it had my full attention right away.

Now right at first there was the three lucky contestants spinning the wheel to see who was fortunate enough to make it the “Showcase Showdown”. And this segment was over fairly quickly and then it was time to start the bidding war on the new shiny items to determine who would play the games on stage for all of America to see.

Now as the show continued on it was clear that everyone in the room was watching by the occasional low toned comments of certain little events as they unfolded in the contestants bids on certain items. Nevertheless the show continued on and a nice lady in her 40’s won the bid and made her way to the stage very excited and hugged the host Drew Carey and everyone in the crowd was very cheerful.

Now the nice lady was lucky enough to get to play “The Shell Game”. All she had to do was correctly guess that the price listed on five different items was either too high or too low, and with each correct answer she would be awarded another chance to guess which shell the ball was under and if correctly guessed she would win a trip to Alaska.

Now if she guessed all of the correct answers on all five items she would win the game by default. And if that happened she would then be given another chance to guess which shell the ball was under and if she guessed that correctly should would also be given the cash amount of the Alaskan trip on top of the trip itself which was almost five thousand dollars.

Well the game began and before you knew it the items were presented and the guessing was underway. The first item was a little obvious and the nice lady guessed correctly and the first chip was awarded. Then the second items presented and voila another correct guess and then a third and a fourth and just like that we were at the last item. I don’t recall the items particularly but the last one seemed a little difficult for me. You could literally feel the tension building in that little waiting room and the audience was shouting louder and louder with their shouts of their answers that the lady should guess.

All at once the lady gave her guess and it was correct, and she won herself a nice trip to Alaska. You could feel the excitement in the room yet not a word was spoken by anyone. Well of course now came the time for the nice lady to take a guess as to which shell the ball was under. Now the crowd was even louder and I expected it to last a great deal of time but it wasn't as the nice lady make a choice almost right away. Of course the host, Drew Carey, had to remind everyone the award for the correct guess and then with great anticipation lifted the nutshell of her choice and EUREKA!!! THERE WAS THE BALL!!

It was at that instant that everyone in that little waiting room almost cheered in excitement and had several different comments and accolades to award the young lady. You could feel the rush of emotion come over that rooms like an ocean wave pouring over a beach at high tide. The smiles on the faces of the people were huge and all of them in that room suddenly broke out in conversation.  I was taken aback and just a little flabbergasted. But in the end I was given a little more faith in the human race.

You see it’s the little things in this life that I tend to notice sometimes and savor them like sweet honey on a hot biscuit. And those little things to me are everything.